“I walked up the marble staircase into the grandest space of the house, a large drawing room with double height ceilings and windows, which performed its role with great pomp and circumstance. It was a mixed metaphor of styles—Louis XIV, Beaux Arts, Georgian—all insisting upon resplendence. I sighed, thinking a thought I had many times before: that this house was what separated me from my father, who remained for me a perpetual arriviste. I conceded to myself that this had always been a house for new money. It would be designated as a mansion, distinct from the discreet brownstones preferred by the originary Dutch New York upper-crust. Only when the new money flushed in during the Gilded Age did mansions start getting built with ballrooms, vaulted ceilings, and glitzy stylistic affectations. This home was never meant for modesty; conspicuous consumption is part of its structural integrity.”

Jacob Peter Kovner, a ruminating trust-fund baby, is released from a stay in a minimum security prison for indeterminate involvement in his father’s death, an event he cannot remember. In a chance encounter with a psychic, Kovner is sent on the quest of recovering his past. The psychic assigns Kovner a ritual of drawing, which he begins as he goes to New York to receive his inheritance and revisit his father’s 5th Avenue mansion, packing up his childhood belongings as he explores the history of the mansion, seat of a century of New York gentry’s history, and the history of his father, a self-made hedge fund billionaire. As Kovner continues with his ritual, it evolves into the writing of a book. Kovner’s book is released to success and scrutiny, leaving him to respond to the ambivalent accomplishment of a quest completed and the discomfort of the denouement. 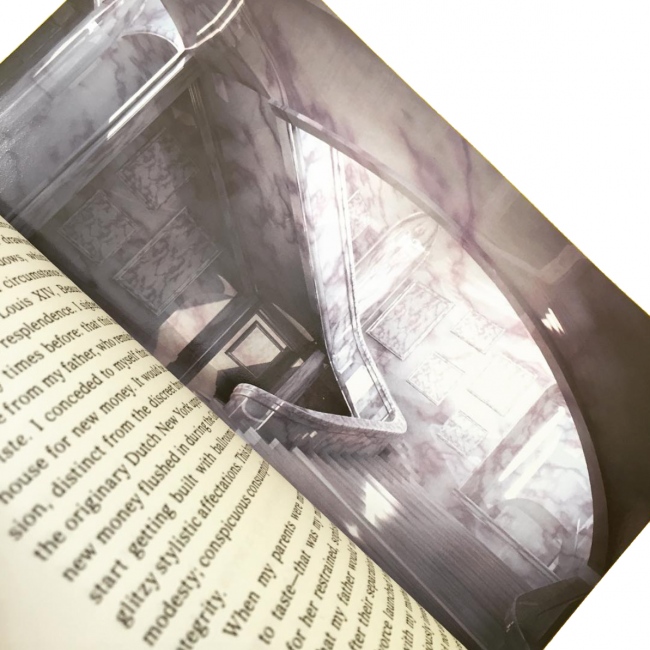